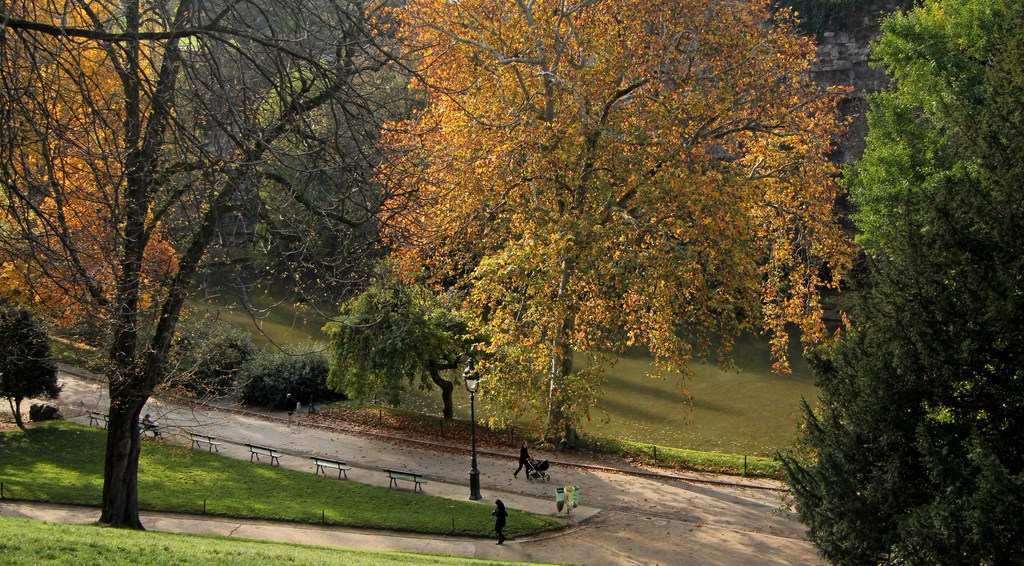 In the spirit of thanksgiving…

Up until a few weeks ago, I was in complete control. I went where I want, I spoke with whom I wanted, and I did it all whenever I wanted to. Pretty much my whole experience of Paris was on my own terms which is to say that I was able to live in almost complete independence, with very few barriers to navigate aside from the cultural differences and linguistic challenges.

My host family is supportive but we mostly went about our daily tasks separately save for meal times when we would all come together, divide up tasks of preparing the meal, setting the table, and cleaning up. The APA staff existed in my universe primarily to help me with classes – registering, planning schedules, and providing additional pedagogical resources –  and were, of course, moral support. I have a public transportation pass that lets me get anywhere in the city at any time of day and with the app city mapper I could navigate this city with such ease.

But then a series of minor misadventures left me phone-less, bankcard-less, without lodging for the second semester, and  in need of a doctor. Fortunately it didn’t all come down on me at once and I was never in any danger, but by the end, I found myself faced with some pretty inconvenient barriers.

The first challenge was realizing that I couldn’t solve these problems on my own. It can be scary to acknowledge the truth that you have to rely on other people and that you can’t do everything by yourself. But both reaching out to your support network and accepting the help of others is really important. When I realized that I needed to find my own lodging for the next semester because I couldn’t afford the lodging that was already set up, I reached out to my host mother who asked around her network. In the end, with the help of my host mother and a few of her friends, I found a truly affordable room with another family that sounds like its going to be a good setup. And of course, the APA staff are so incredibly supportive. I think Sophie and I spent around two hours figuring out how to cancel my cell service from my stolen phone, set up a temporary “dumb phone” and communicate with the cell service Free to determine what to do about my lost phone and cell number. And after a few days of fruitless efforts to navigate the healthcare system here on my own, I found myself sitting in the APA office with all three Sophie, Claire, and Blandine on the phone trying to help me schedule a doctors appointment.

Secondly, reaching out to my host family for moral support was just as important. Upon recounting how my phone had gotten stolen, my host brother actually laughed. And though that may sound like some misplaced humor out of context, it was exactly what I needed to not take the situation to seriously and to open up about how truly frustrating it was at the same time. By sharing my struggles, my host family gave me endless advise and assurance that it was all going to work out. Whether it was offering to lend me a phone until I got a new one or checking in with me every day about how I was doing and making sure they stayed up to date with how I was, their support made me feel less weak and alone.

Thirdly, I proved to myself that even strangers are good sources of support. In the last few weeks, in order to get anywhere, I would look up on google maps before leaving and write down metro directions and then draw a small map of the roads upon exiting the metro to my destination. I suppose I could have bought a little street map…but this was more interesting! Now I have dozens of sketches of little corners of the city. But for sure, the system wasn’t efficient. In fact, I got lost every time. And without a phone and thus without all my contacts, sometimes I would find myself late, lost, and without a way to call anyone who could help me. This is obviously the fault of me just being thoughtless and lazy but regardless… I had the option of asking directions or to borrow someone’s phone and every time, people were so kind. And the time I showed up at the doctors’ office without realizing my bankcard had been canceled left me almost in tears for the fear of not being admitted, but the doctor decided to see me for free (as it happens, most visits cost 25 EUR anyway) and the promise to figure out my bankcard situation as soon as I left his office.

The final lesson learned was that when faced with these kinds of barriers, you have to do something about them! Maybe this is the immature part of me that is still in shock, but having to decide whether a smartphone is worth the expense; having to communicate with my bank and navigate their procedures; and having to take my own health and well being so fully into my own hands – scheduling appointments, filling out paper work and figuring out the french system were all such new things to me. They showed me that my actions lend concrete results and that if I have a problem, I have to take the initiative to figure it out.

I guess the reason I am sharing this is that as a college student, before you study abroad, you probably aren’t thinking about the nitty-gritty details of what would happen if your phone got stolen or how to find a place to live if you decide to switch out of the lodging your study abroad program set up for you. You also are alone in a foreign system and its important to think about how you would navigate these barriers. But most importantly, I want to point out how much I had taken for granted before a few weeks ago. Taking for granted how technology makes being independence so convenient that you forget how to lean on other people.

Even though this is your experience, you aren’t isolated from the people around you, in fact, they make up part of your experience. And in the spirit of American thanksgiving, I’m grateful for that.