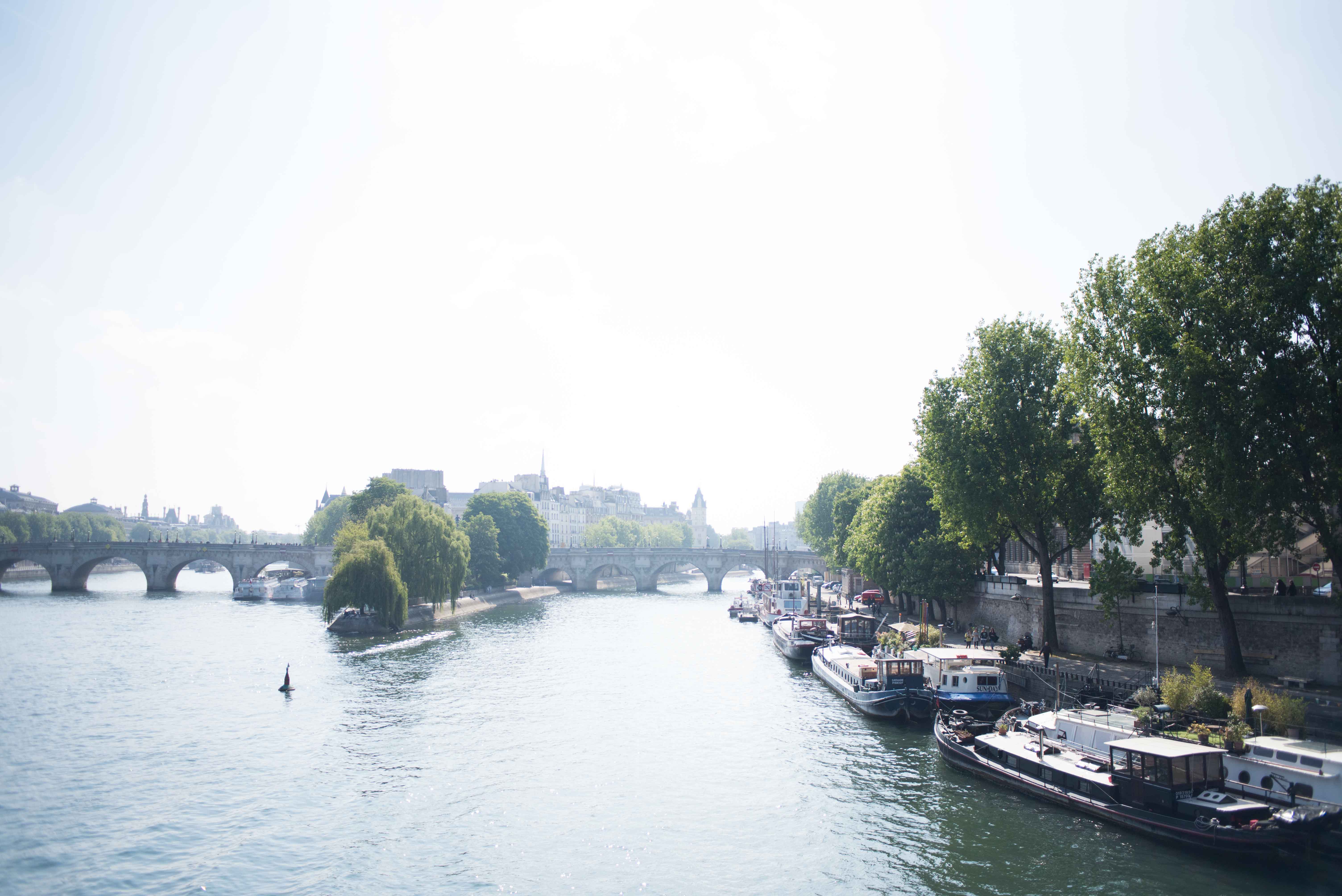 I slid onto the metro 13 at Université Saint-Denis. As always, it quickly became packed with people and as the train signaled its warning with a buzz, a handful more arrived,  frantically pushing their way into the crowded car. Leaning against the back window, I instinctively jerked my head back as a tall man with a backpack pushed his way in front of me. A few women around me glare at him as his bag had nearly collided with them as well. And then we all looked at each other and I smiled and we all started shaking out heads and knowingly smiling at each other…When riding the metro in Paris, there are certain invisible, all-important rules that almost everyone follows.

Some depend on age: when you see an elderly person get on and you have a seat, you offer it to them. This is an important social rule and requires turning down the volume of your music and being awareness of your surroundings.  But sometimes you’ll catch yourself spending too much time looking at everyone’s faces to determine how old they are and then realize that staring at a person to figure out whether they are old is kind of strange and then you get confused because – what is age – which results in you giving your seat up to the next person who makes eye-contact with you.

Some are sound sensitive: if you are talking, you speak quietly; if you are on the phone…well some people would say that you get off the phone; but if you find yourself sitting next to a mec with a guitar and he’s singing, I highly recommend joining in!

But most of the rules have to do with use of space. On metros people are particularly careful not to “intrude” on each other’s personal space which means never sitting directly across from someone if there are available seats adjacent. This rule is so practiced that people will get up during the ride if a different seat becomes available so as not to be across from someone. And if the metro is packed with people and you have a backpack (**cough cough**), you take it off and rest it at your feet.

There are more…but you get the idea. These aren’t rules that I read somewhere or was informed of by a specialist. It takes paying attention to the body language of people and to events happening around you to pick up on socially accepted behavior. This is true of every social setting and in every case it takes time to become perceptive. This is why we either feel so lost or we make a lot of mistakes when moving to a new place.

I’m sure I haven’t become fluent in reading french body language (the use of all those unnecessary vowels manifests itself in their passion for conforming to their beloved hierarchies!) but I’m conversational. Its called code switching when you can switch behaviors in order to conform to different social environments. Though I don’t personally have a problem sitting next to someone on the metro or when someone eats their sandwich while waiting for the station, I know that other people do and so I have to shift my behavior accordingly.

And this can be uncomfortable. But ultimately, being able to read the situation in metro 13 and to thus share in a moment of connection and communication with those women standing around me would not have been possible had I not been aware of the underlying social rules that run like undercurrents connecting all of us.