Berlin is not your typical traditional fairy-tale European city. As most of it was destroyed during WWII, it is ultra modern. To me, it felt like a cross between an industrial complex and a park, in the coolest possible way. The streets are extremely wide, so after packed in Paris, you feel that Berlin just gives you a lot of breathing room. It’s a green city, everyone bikes. Almost all of the memorials are consecrated to remembering the Holocaust; Berlin takes the message of reparation seriously.

The scene can be quite hipster. Think folktronika. Think warehouse renovated into trendy club. Think street art like the famed East Berlin Gallery.

I highly encourage anyone new to a city to go on a free tour. We learned so much from our guide, Ron, who moved here from Jerusalem to be with the love of his life. We were taken to Checkpoint Charlie (the scene of what could have been WWIII), Berlin wall (one time a family escaped to West Berlin by flying over the wall in a hot air balloon), Holocaust memorial (inspired by a Jewish cemetery in Prague where tombstones are stacked one on top of the other), Hitler’s underground bunker (now a car park). Ron also pointed out the North Korean embassy, the only one in Europe, another testament to Germany’s commitment to open diplomacy and peace. 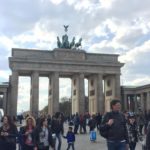 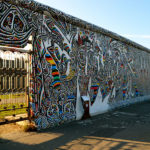 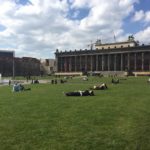 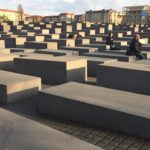