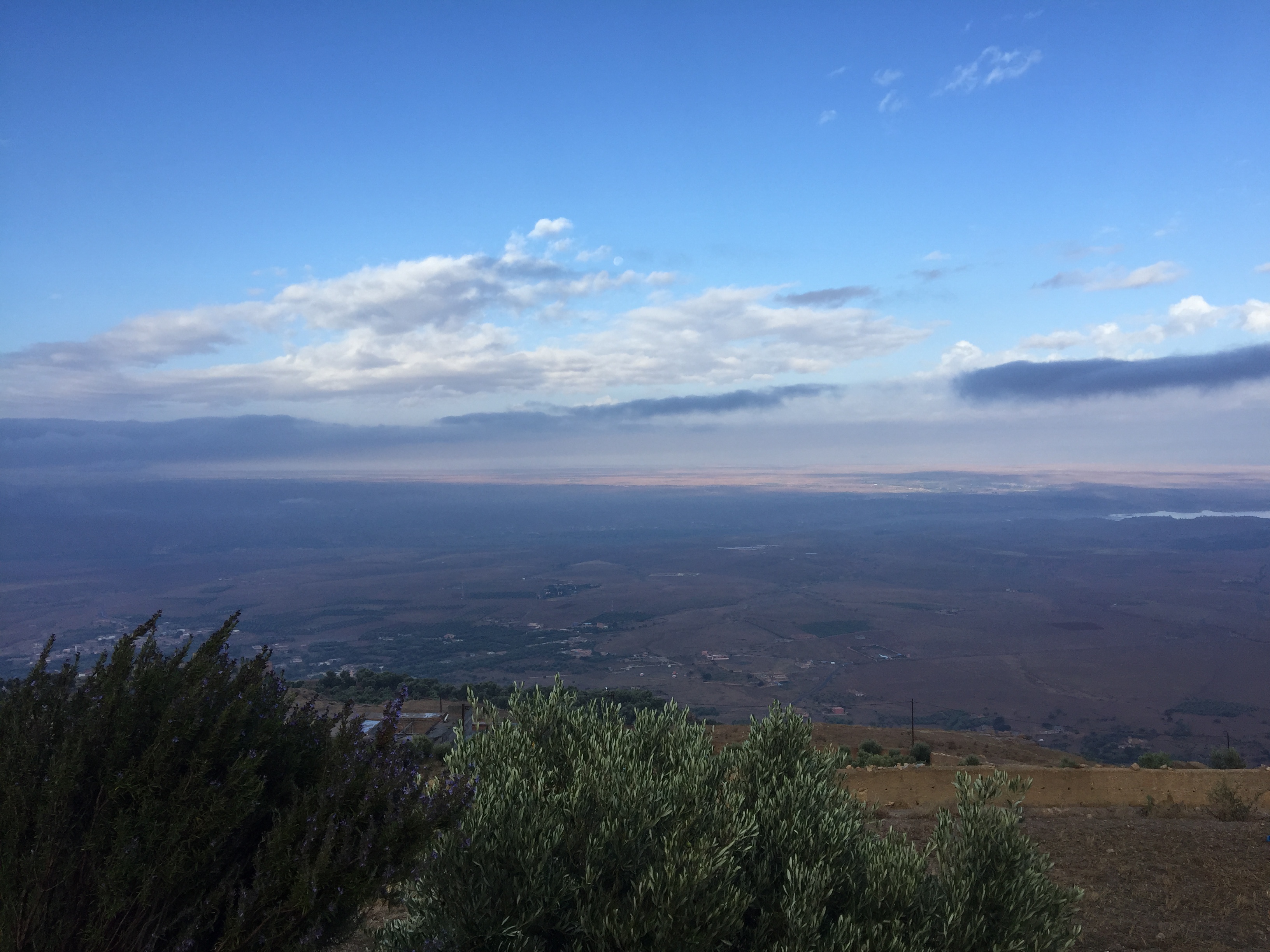 In my list of reasons to study abroad in Paris, “getting anywhere from there” was very near the top. I’ve been trying not to treat these four months like my last time ever in Europe, but I also want to take advantage of the time, the place, the motion (ahem). I have taken 3 out of the five trips I planned for the semester, and maybe now is as good a time as any to pass on some of my non-wisdom about travel.

(I also just want to take a second to write about the three hipster-y French men sitting in this basement of a café who greeted their friend by saying “boom boom!” and clapping hands loudly. It was a sight).

Travel planning is stressful. Well. Maybe I personally just make it stressful for myself. But I think the airport excitement has started to wear off a little bit, replaced by an anxiety of being stopped at customs or not making a flight (or a train, but I’ll get to that). My fears about travel are predictable, normal. No matter how much I plan with lists, calendars, and budgets, I still usually end up in my seat, heart beating a million kilometers a minute, wondering if I’d made a mistake. And I make mistakes. A bunch. A bucket load per trip absolutely. But that is, I think, what it’s supposed to be like.

My first trip from Paris on my own was a trek to the small town of York in Northern England to visit a family that I babysat for back in the States. And  I’ll just say, if I could somehow transform into a little old lady who makes baked goods, feeds her chickens, reads and writes into the night, does her daily errands, and lives in the English (or French!) countryside, I would do it in a second (is that me avoiding midterm exams? Who’s to say).  I booked my Chunnel (that train that goes under the English Channel) for, you know, 7 am. I packed up everything the night before, laid out all of my documents, put my shoes next to my bed, and made my list of things to do for 6 hours in London while I waited for my other train. I was ready. I was good. I went to bed. Woke up. Looked at the clock.

To say that I freaked out is an understatement. I couldn’t really even move for a minute I was so in shock. My train had left. Gone. I was still sitting in my bed. Here (obviously). So I had two options: 1) shut down, cry, email the family I was going to see and cancel the trip or 2) get up, cry, make it to the station, and figure it out from there. Honestly, I’m really proud of myself for choosing the latter. I made it to Gare du Nord with shaky hands and puffy eyes I met with the ticket attendant and…had to buy a completely new ticket. I’m a pretty frugal person, and I have not been able to look at my bank account since this incident in September. But. Getting to London, seeing King’s Cross, eating naan and eggs, and getting back on a train to York and sitting on the floor of first class in an overcrowded car sharing bonbons  with three English women and telling stories was, in a crazy way, worth it.

The rest of my time in York was spent drinking cup after cup of tea, biking in the freezing rain only to have the sun come out while eating lunch outside at a food festival, reading books, petting cats, and taking a ghost tour. And laughing through it all, thank goodness.

I was super fortunate to go on my next trip with two of my best friends from the APA program. We took a weekend trip to Ireland, staying first in Dublin and then in Cork. This trip was a learning curve for me individually and for us as a trio for sure. In the dance world, trios can be the hardest things to choreograph, the hardest group to negotiate with. This proved true on this trip, but we definitely came out stronger and closer for it. Group travel is not easy, but it’s not hard, either. As long as you have a sense of what you want as well as the ability to compromise, to make the best of things, to go slow, you’ll make it just fine. It was different for us not to have…a plan. We had no idea what we were going to do or see, and there was a good collective freak-out as we trained through the Irish countryside. In the end, it didn’t much matter. Dublin was a fantastic rush, and Cork was a happy meander, and my friends are truly wonderful.

In a way, Ireland felt like a safe place to really figure out our travel group dynamic; we weren’t that far out of our comfort zones, and the fact that we could order our food and ask for directions in English was a big part of that.  So heading to Morocco was more than a hop-skip-and-a-jump, but we had been planning for it since the spring, and we were not about to pass up the opportunity. We were able to experience three regions: the city of Marrakesh, the seaside town of Essaouira, and the village of Aguergour in the Atlas Mountains. Together we navigated overwhelming marketplaces and souks, climbed up a mountain side to converse with sheep, marveled at the blue, blue sky and sea, and learned that one of us can bargain for anything and walk away with a steal (it’s not me). Pro tip: book hostels. We had stayed in them before, but this one in Marrakesh brought us new friends and a cooking lesson. We really took advantage of the things that we would not be able to do anywhere else (and that includes making a passible tagine to share for dinner). Push yourself to have conversations, ask questions. You won’t learn anything about where you’re at or yourself if you don’t.

I’m gonna hit you with a cheese-y last line but don’t freak out, I think it’s appropriate: change is inevitable, but growth is optional (credits to my high school English teacher). And if you’re in the U.S., vote on November 6th. Obviously.