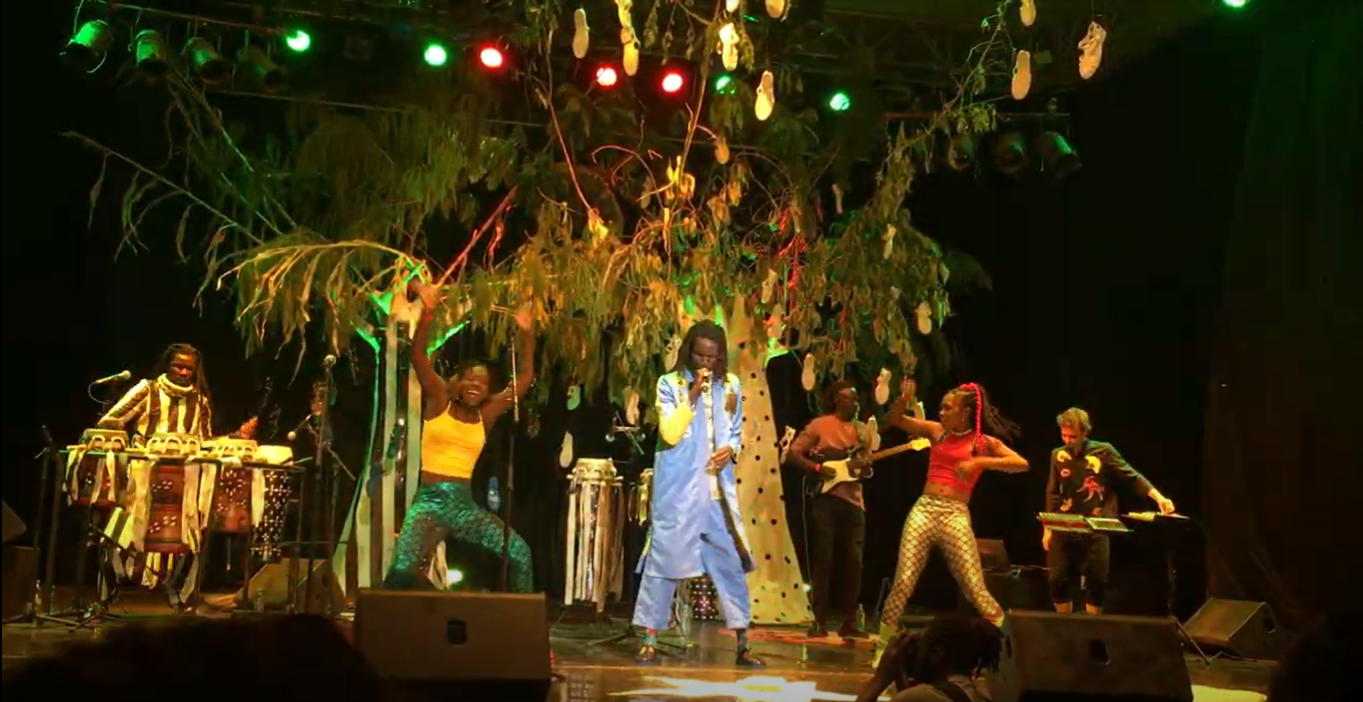 It’s now our third weekend in Dakar! Things are moving fast, especially when our days are so jam-packed. I’m dividing last weekend’s events into two posts since there’s just too much to say.

We kicked off the weekend last Friday afternoon with a trip to the Marché HLM! Our mission was to find traditional dresses for the wedding the next day. Astou, our APA program director in Dakar, was getting married and invited us all to her wedding! Everyone was so excited to see a Senegalese wedding, and we needed to arrive in style, so it was time for a shopping trip.

The market was huge and packed with people and stalls mainly selling clothes, jewelry, and electronics. From the second we arrived, vendors descended on us telling us to come to their stall and claiming to have the best X at the best price. I probably would have been more overwhelmed if I hadn’t already had this kind of experience in the médinas in Morocco. But this was another level of aggressive marketing. Our group was all women, and so many men were crowding around us and pushing us to buy things, constantly walking up and trying to talk to us. If you so much as glanced at the items in a stall or showed any amount of interest, the vendor would immediately jump at the chance to try to convince you to buy it. It got pretty overwhelming. We saw a style of dress in one stall that seemed promising, and of course the sellers were attempting to get our business. They ushered us inside a little hallway to a room lined with Senegalese boubous (traditional flowy dresses with wide sleeves) and immediately began pulling out dresses, holding them up to us and insisting that we try them. We took a cue from Yvannah and Olivia, our student life coordinators here, and resisted showing much interest. The vendors showed us every possible color of boubou and we rejected tons of them. A crowd began to form around us, and more vendors held up jewelry and other clothes in the hopes that we would buy from them as well. In the end each of us bought a flowy boubou in many different colors that suited our personalities. Yvannah did some hard-core negotiating with the seller and we left with our dresses, excited for the wedding! 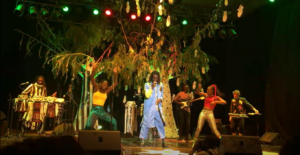 That night, we headed to the Institut Français for our first APA performance in Dakar! We saw a concert by Guiss Guiss Bou Bess, a music group that mixes traditional Senegalese “Sabar” with electro beats. The stage was a piece of art on its own, decorated with enormous faux trees. The music was impossible not to dance to! We all danced in or out of our seats, and I joined a crowd in front of the stage to dance a little more. It was truly a dance performance, not just music- there were two backup dancers doing incredible Senegalese dances. I looked for them on Spotify immediately after- I might have discovered a new favorite!

After the concert we retreated a little to the restaurant at the Institut Français, where we ordered some drinks and relaxed on the comfy terrace. There, a friend of the APA team came and talked to us about LGBTQ+ issues in Dakar. This is a very sensitive topic here. Homosexuality is illegal in Senegal, with punishments of prison time. This wasn’t always the case- our friend told us that even in the 1980s, Senegalese society was more open to homosexuality. Today, there is much less tolerance, and the social stigma for gay men is very high (lesbianism is still rarely recognized). But of course, there is still a queer community in Dakar, although it’s very much underground. If you know the right people, you can access queer health resources and queer social events. There are people who live with their partners- they just have to pretend to most people that they’re platonic roommates. It’s pretty much impossible to be openly queer if you live in Senegal. For the members of our group who are queer (myself included), it’s tough to know that we have to hide that part of ourselves from most people here, including our host families. However, I also recognize that it’s much easier for us than for queer Senegalese people- as foreigners, we can get somewhat of a free pass. In any case, it was useful and important to talk about this aspect of cultural difference in Senegal. 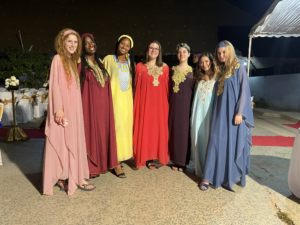 All of us in our boubous!

We got home from the Institut Français on the later side. On Saturday, some people left early in the day for Pikine, a suburb just outside of Dakar where Astou’s wedding was held. Unfortunately there was some miscommunication, and it turned out that the religious ceremony was much later in the day- and that women weren’t allowed in, because it’s a Muslim wedding. From all accounts the early arrivals still had a good time though, and they got to dance a lot with the family and friends of the bride and groom! Myself and a few others arrived later, after a LOT of confusion in finding the location. Our very patient taxi driver finally dropped us in the correct spot, and we arrived to see a tent outdoors with loud music and dancing. All the women were wearing incredible dresses in every possible vibrant color, with headscarves that complemented them. We had finally figured out how to wear our boubous, after some difficulty. The boubou has two layers, an outer, sheer layer and a tightly wrapped skirt underneath. I had luckily asked my host mom how to wrap the skirt (called a pané) before leaving, and she gave me a demo. The key is to wear a camisole first, and then wrap the skirt just above your stomach. Walking and dancing in the skirts was not easy- they constrict your legs a bit awkwardly, and I basically fell into several taxis because I could not figure out how to maneuver myself gracefully into the car.

Once we arrived at the ceremony, we walked over to get a closer look at the musicians and dancers, and the women immediately pulled us in to dance! We tried to copy what they were doing- I definitely had to let go of my self-consciousness, since I’m not much of a dancer. It was so much fun to be so included and to be right in the center of the celebration.

We left the ceremony and headed over to the reception at a big outdoor event space nearby. After getting seated we were served lots of bissap and bouye, two of the many delicious fruit juices that people drink in Senegal (bissap is hibiscus juice, and bouye is baobab fruit juice). We needed it, because we did have to wait a while for dinner as the married couple changed and prepared. In Senegalese weddings, the bride can have up to five different dresses! Astou’s second dress was worth the wait, though. Instead of the ceremony’s white dress, she wore a beautiful pink lace gown with intricate, shining beading and decorations. Her new husband wore a matching pink outfit with a traditional long shirt over pants.

Once the bride and groom were seated, we got a delicious dinner with a few different salads and choices of meat- I got my favorite, grilled chicken with yassa sauce. Yassa sauce sort of tastes like if you concentrated a really delicious, rich French onion soup. I would put it on everything if I could.

Unfortunately, we couldn’t stay after dinner for the rest of the party and Astou’s third dress, because we had to get up early for our visit to Gorée Island the next day. In any case, it was really special to have this opportunity to see what a Senegalese Muslim wedding looks like!

Stay tuned for updates on our visit to Gorée and a Thanksgiving in Dakar! À bientôt!