Normandie and Molière all in one week!

Right now, I’m writing this blog entry on the train ride to Brussels for fall break, but let me back up through everything else that’s happened this week.

On Friday I took both of my APA course midterms, and then in the evening, there was an event at a bar in which all the APA students were invited to meet and talk with French students so we could practice our French and they could practice their English.

Then bright and early Saturday morning, we left for our second APA-led excursion to Normandy. We began with a lunch and visit to the town of Honfleur, one of the few towns in Normandy that still has a old town centre that wasn’t destroyed in World War II. Next, we visited a distillery of cidre and Calvados (a liquor made from apple and pear juice.) Then we headed to Deauville, a beautiful and affluent town that’s sometimes referred to as the 21st arrondissement of Paris. Then we made it to Port-en-Bessin for dinner and the night. 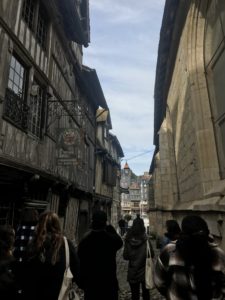 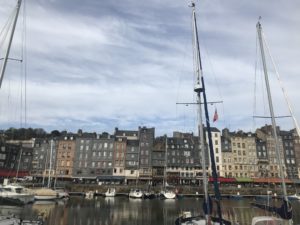 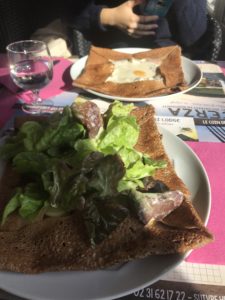 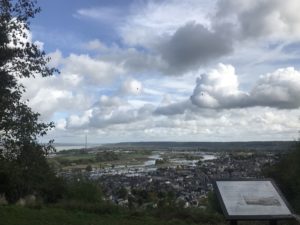 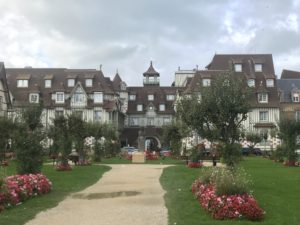 The next morning we headed to Omaha Beach, a historic D-Day beach. Unfortunately it rained while we were out there and though we tried to hide from the rain in the remains of WWII bunkers, we still got drenched. After that, we visited the American Cemetery and Memorial, which was a hallowing experience. Then breaking from the WWII theme, we went on to Bayeux for lunch and to see the Tapestry of Bayeux, a tapestry from the 11th century and depicting the story of William the Conqueror on a 70 meter long tapestry. We ended out excursion with a visit to the Memorial of Peace in Caen, an excellent History Museum that recounts the history of Europe in the 20th century. 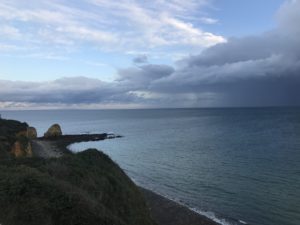 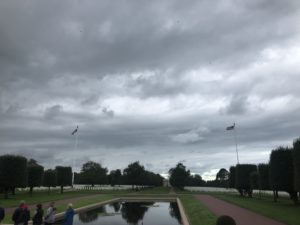 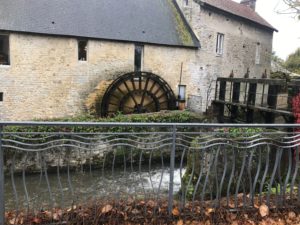 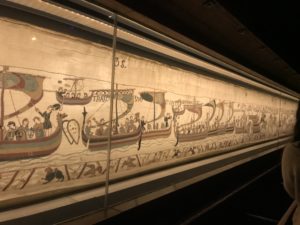 Back in Paris, Monday and Tuesday are nothing out of the ordinary, but Wednesday, we have tickets to go to a play at La Comédie Française: Molière’s Les Fourberies de Scapin. I think we all were a bit apprehensive that we would have a hard time following a play in old French, but we were happily surprised that it wasn’t too difficult, but actually quite entertaining and funny!

That’s all for this week, as I’m off to enjoy my fall break!
Calista