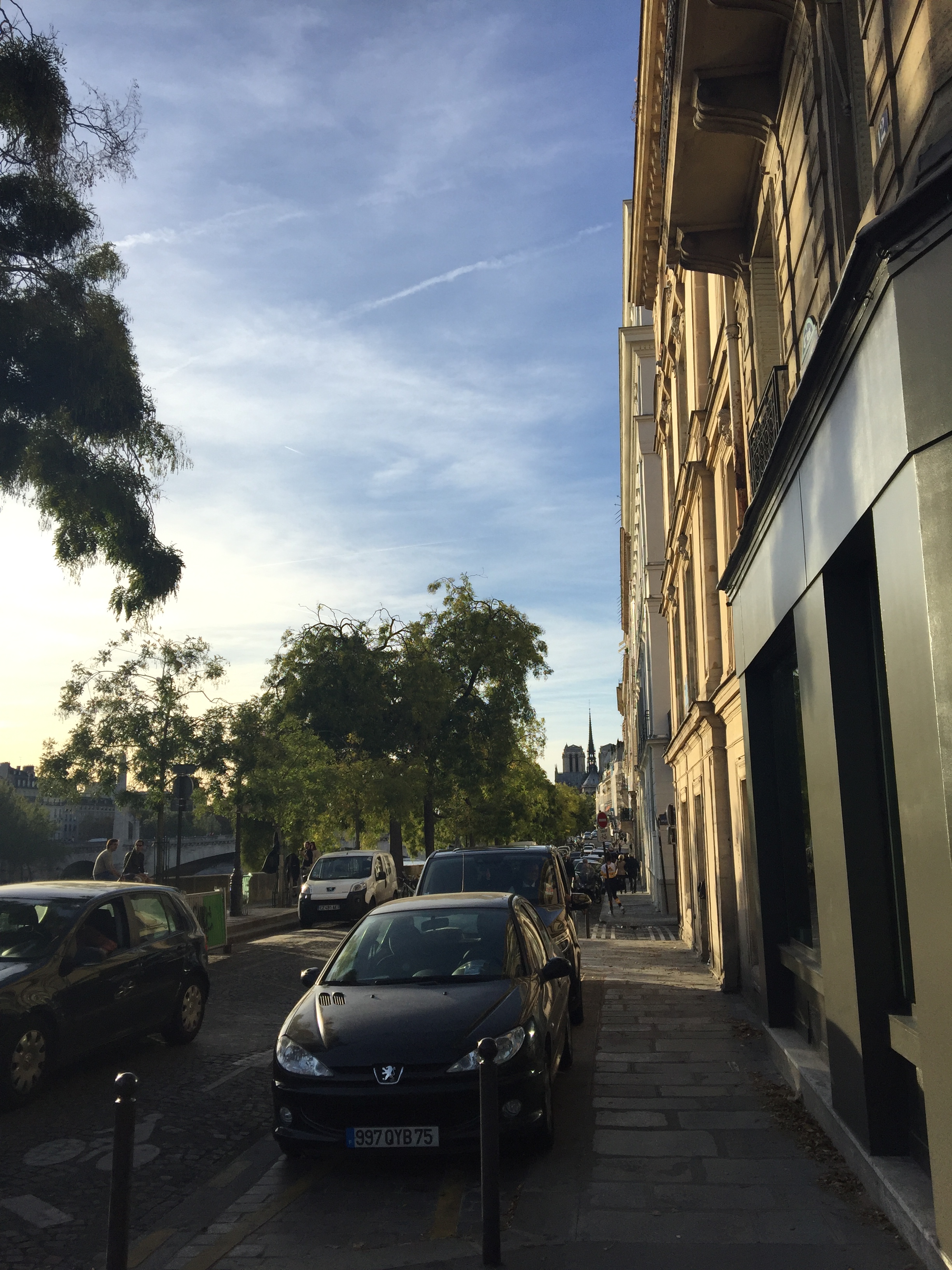 Two French Women and an Elevator

While tying my shoes in the hallway of the apartment, I was distracted by a sudden burst of chatter coming from outside the door. Thinking that, maybe, my host mom had returned and was speaking on the phone, I waited for the door to open so that I might say hello/goodbye and be on my way. However, the door remained firmly shut as the chatter continued and seemed to increase rapidly in volume. Time was ticking and I had to catch the metro if I was going to be on time, so I gingerly opened the door, psyching myself up to step out into the unknown of French conversing—as it often is.

On the 6th floor, there are three apartments: my family’s and one apartment on either side, although the doors have remained shut and the lights dark whenever I’ve been around. So, no interactions with the mysterious voisines. Until now, that is.

(I’m making this out to be more dramatic than it was—definitely on purpose. You gotta keep the audience engaged, you know?)

Anyway, I step out into the shared hallway to a cacophony of chatter—two elderly women leaning their bodies almost fully out of their doorframes from opposite sides as they spit-fire spoke about…the elevator. I, wide-eyed and afraid to step between them, stand with my back against the third door in the triangle until they both happened to notice me at the same time. I whisper (a probably inaudible) “bonjour” and quickly shuffle my way to the elevator in question at the other end of the hall and push the button. The women hadn’t really taken an interest in me until that moment, and I feel as if a spotlight had suddenly hit me (and coincidently wiped my mind of any French I had ever known ever).

The rapid dialogue screeches to a halt and I freeze, hand on the elevator button, and turn around to see these two women, standing  so still as if paused, in their doorways, both staring right. At. Me.

Not in mean or accusatory way, just… intense observation. Anticipation, you might say.

I look between them, panicked, when the woman to my left jumps forward, holding her sunglasses in place on top of her head in one hand while making a sort of “hold it!” motion with the other, and scream whispers “écoutez!”

Now, picture a very terrified American student watching as one older French lady presses her ear against the cold elevator door as her neighbor cranes her entire body toward us, extending her arm as if ready to pull her friend back from any imminent danger that might occur. Cue violins and some good lighting and maybe we’ve got ourselves a scene in a French thriller.

We all jump back, the elevator now making a normal (?) mechanical whirring, and then these two women explode into a fervent and forceful explanation, talking to me and over each other about the plight of the elevator just minutes before I arrived. From what I can understand from the discord, one of the women had tried to get to the ground floor, had waited too long for the elevator, and when it finally came, she got stuck on the 5th floor and decided to take the stairs back up to the 6th floor to try again. I nod and smile, making my eyes wider and wider as to convey my “shock” and to hide some of my confusion as the two began to gesture wildly and then the elevator doors opened.

I step inside. I press 0. The hallway has gone silent again. I can feel concentrated focus on my finger, and then boring into my face as I look up one last time at these women. I feel like I’m diffusing a bomb, like this is the most important moment of my life, like this is why I came to Paris. My destiny.

The doors begin to close and the neighbors say a synchronized “au revoir,” still staring almost expectantly (maybe waiting for me to drop to my death, I don’t know, probably not), and, not knowing how to respond because I’m recovering from anxiety, confusion, and a little bit of fear, I panic.

With one final, uncomfortable smile, I give these older French women a thumbs-up.