The most impressionable thing I have seen so far is the statue at République, now a place of tribute to the victims of the November 13 terrorist attacks. Nearby is the venue where one of the coordinated attacks occurred, boarded up, also decorated with flowers and letters. On a Friday night, Rébublique is full of people as it’s an area popular for sortiring to restaurants and bars. Others skateboard in the square or otherwise kick back. But there are always people around the statue, laying down bouquets, fixing up signs or just taking it all in.

In France and all over Europe, the “social crisis” is palpable. Or maybe I feel it more because I study international relations or can’t stop myself from asking people how exactly they absorbed the events of November 13. Most describe the panic of establishing the whereabouts of loved ones, disbelief and now grim realization of a changing reality. Many have been pushed further right in their political and social views. Similarly to the US, hysteria is being fanned by conservative politicians – questions linked to refugee flows, the state of emergency and enforcing secularism are hot topics on the news. What is most striking, however, is increasing anti-US sentiment. Many are becoming increasingly frustrated with having to “bow down to the US” and “the US’s ruthless pursuit of national self-interest”, sentiments that surely have to be addressed in order for collaboration in cease-fire talks, as well as post-conflict reconstruction to be substantive, not mere posturing.

Overall, life flows as usual. The only inconvenience is having your bag and coat checked everywhere. An occasional heavily-armed policeman on patrol serves as a reminder. And the memorials, that allow for catharsis or way of expression. 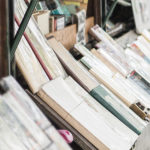